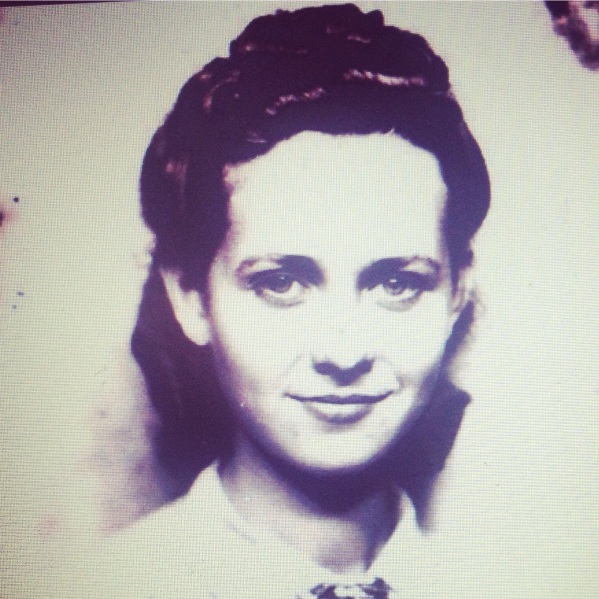 My grandmother, Mary Elizabeth, was laid to rest today. For the last 15 years since my grandfather died, she’s looked forward to her “date with Robert.” I’m sad she’s gone, but so very happy she’s with her love in the next life. She was a southern lady…

She was beautiful. She was tenacious. She made the best peach preserves in the world.

If you were her grandchild, you were getting hugged and fed and often.  She worked in the ship yards of San Francisco during WWII and did electrical wiring work usually left to the men. She was proposed to no less than seven times (I think it was actually upwards of a nine rejected proposals from hopeful war workers and soldiers). But she waited the entire war for my grandfather to come home.

She adored my grandfather, cooked for him, took care of the home, and made sure he knew every day how lucky he was *insert funny sarcastic font here*. And he knew. He made her jewelry. He also (and I don’t think either of them would mind my sharing this since they were pretty public about it) patted her on the bottom on a daily basis, which as a grand kid thoroughly gagged me out, but as an adult I think is adorable.

I wasn’t there today when she was buried. Instead I was laying in bed, sleeping hard while it snowed outside, with a very sweet but very feverish Jane. She would have been okay with that, but I’m sad. I would like to have properly said goodbye. But I know she’s happy. And at peace. And on her date with Robert.

Rest easy MawMaw. You were, and are loved.