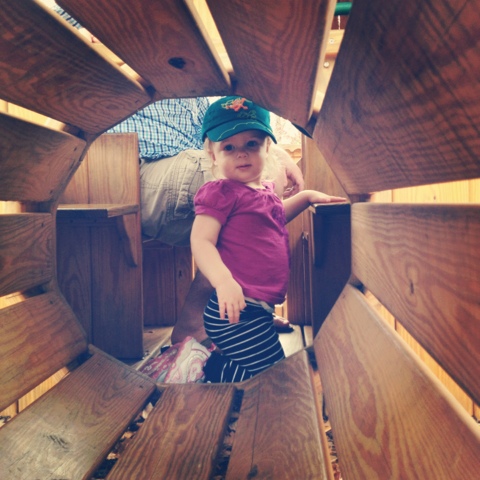 We’ve welcomed the toddlerhood in with a bang. There’s lots of I’s happening. 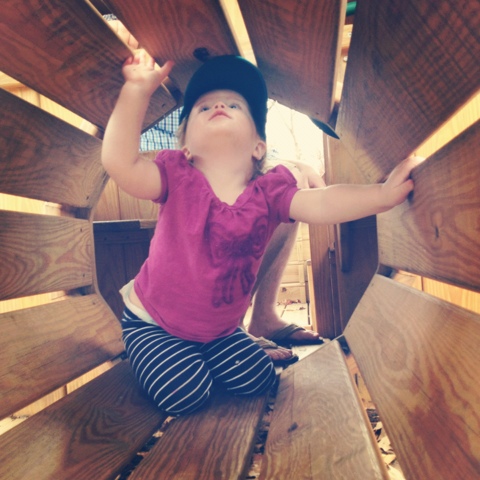 Jane was very upset yesterday morning. I was getting ready for work, and she didn’t want me to get ready for work. She wanted me to hold her. So as I was putting on my shoes I said, “Jane, just a minute and I will hold you.”

And believe me. She understands almost everything I say.

But she didn’t have the words to say, “This is an emergency mother. If you don’t hold me now I might die.”

So she hit me on the arm. Hard. 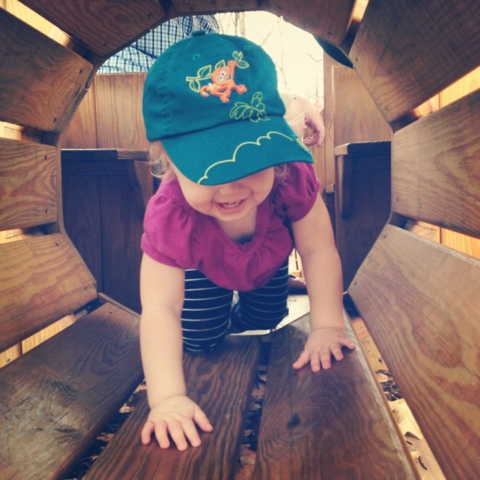 I’m the oldest of three kids. I was six when Rebecca was born. I was ten when Rachel came into the world. I’m not unfamiliar with this phase. So I know that this whole “hitting the parents” thing has to be nipped in the bud or you wind up with a thirteen year old swinging for your jaw.

Not that my sisters ever did that. But they might have had they been allowed to create a reign of terror as toddlers. Let’s face it. We all would.

I immediately grabbed her hands and said in a really mean voice (and oh did it kill me to do it), “No, you never, ever hit mommy. Never. That’s very bad. No hit.”

That was like throwing gasoline on a fire, and she threw herself to the side and began to wail. I continued to put on my shoes and then I picked her up.

“See, I told you I would hold you in a minute,” I said, trying my hardest not to cry because I HATE getting on to her.

She sniffled and buried her head in my chest. I just kept talking to her like she could understand everything I was saying, because hey, she can most of the time.

“I know you wanted me to hold you, but you cannot hit mommy. No hit.”

She raised up her curly head and bit her hand, “No bite?”

*I’m guessing these are daycare motto’s as well.

She lightly slapped my arm again and smiled, “No hit.” 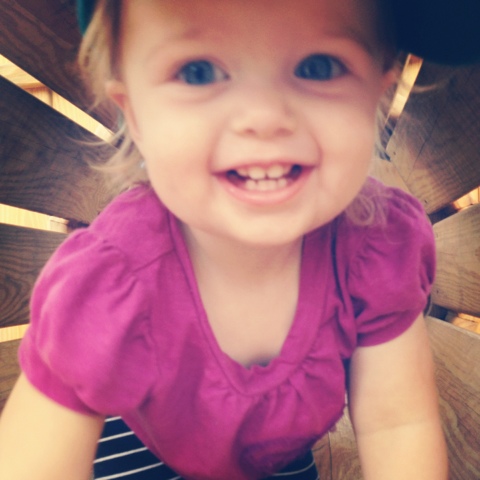 Then she hugged me and I held her. I still needed to fix my makeup and pack a lunch, but I didn’t. She needed to be held more than I needed to be on time. I thought my heart might burst out of my chest as she talked to herself muttering “no hit” as she hugged me.

This parenting thing is hard. And it’s not the changing diapers or late nights like I thought it would be. It’s the fact that this little girl is her own person… and I desperately want to raise her in a way that makes her better, but doesn’t crush or repress or change who she is.

And that face. I can’t even it’s so adorable.