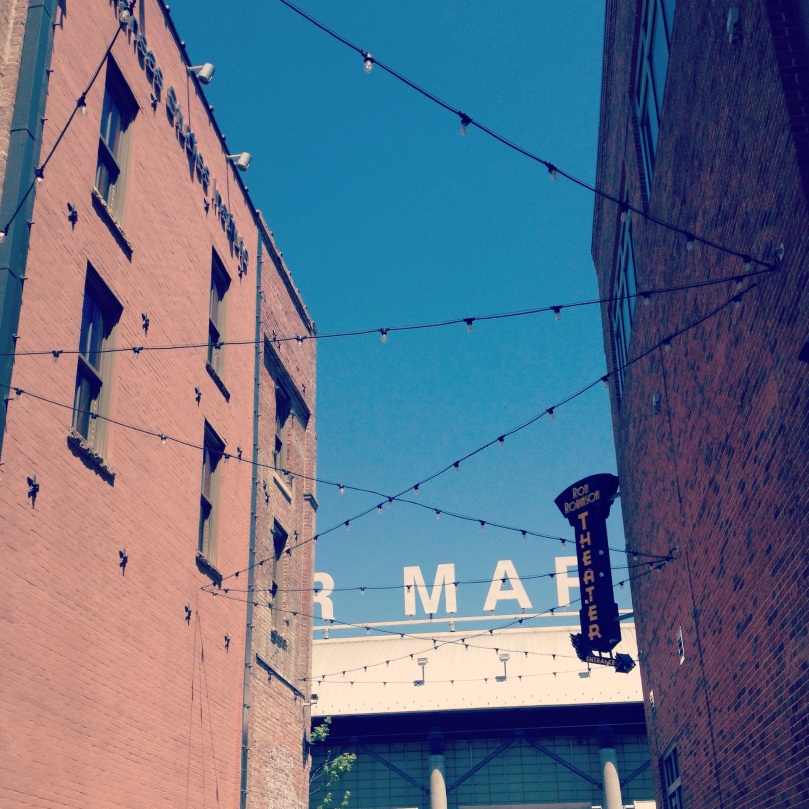 Last night I participated in Little Rock’s Listen To Your Mother show. And by participate, I mean I did not puke, slur, face plant, or sudden-onset-tourette myself on stage in front of a lot of people. It was, truly, an incredibly fun show to be a part of and to watch. I met amazing people. I laughed and cried. I’m very thankful for the experience.

This is one of my dearest friends in the world, Miss Kerri Jackson Case. She has without a doubt helped me hold my sanity together with duct tape, good advice and stiff drinks on her back porch this past year. Last night she kicked our butts all over the stage and told us what to do so we wouldn’t look like idiots. Which, as you know, is the hallmark of a good soul. 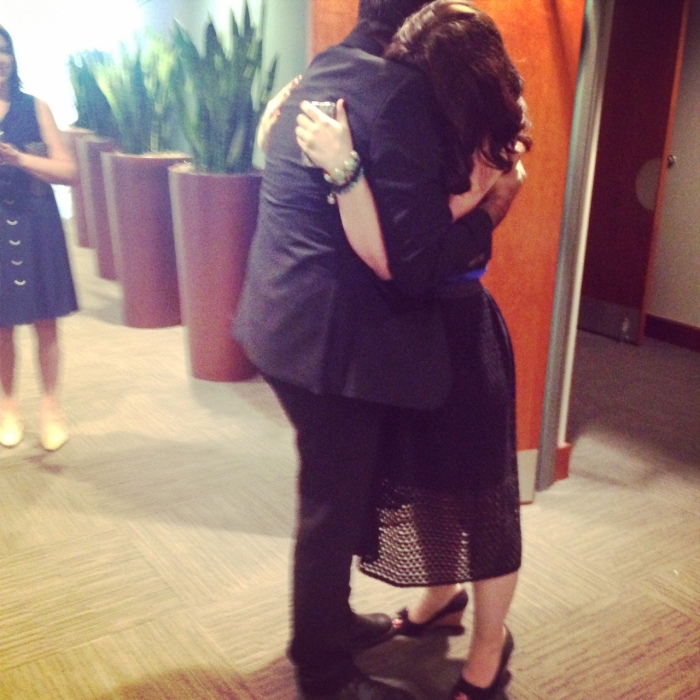 And this is what happens when your fella surprises you and flies 1200 miles to watch the show, and you grab him and smoosh your face in his neck to hide the tears and end up rubbing makeup all over his handsome coat.  And by you, I mean me. He is just… I don’t have the words. And I always have the words. But with him they just end up a tangled mess in my head with bits like “loyal” and “sweet” and “tough” and “smokin’.”

I’m thankful for him every single breathing moment.

So that’s my run down of last night. I wish I could have captured it in a bottle so I could go back and relive it every now and then when times call for a pick-me-up. But, my memories are just as good, if not perhaps better.

And here’s what I read. Of course you’ll have to settle for the experience minus my red face and wildly gesticulating hands…

Lots of people nickname their mothers. I’ve heard some good ones over the years.

She Who Shall Not Be Named.

And while on the surface these names seem insulting, to me, they’re kind of badass. After all, no one, and I mean no one, gets run over by the speed train of life when their nickname stems from a mythical creature with snakes for hair and the ability to turn men into stone with death ray eyes.

My own mother does not have snakes for hair. But she does have a nickname.

Margaret always means business. She does not suffer fools lightly. The last time I visited Graceland I almost bought her an Elvis TCB (or Taking Care of Business) necklace. But then I reminded myself that while I wouldn’t shrink from wearing a cheaply made faux gold necklace with a lightning streak on it, likely to turn my neck green, my mom was probably too classy for that. She’s also pure authority.

The day Margaret earned her nickname has lost its fine details. It happened long before the days of cell phone recordings, which is a shame, because I’m fairly sure it would have been a Game of Thrones level throw down.

In my mother’s opinion, my middle sister had been unfairly treated by a teacher’s aid at school. And while those details are blurred as well, what we all remember is when Margaret took on the teacher’s aid with the wrath of Genghis Khan. There was a raised finger in the air, there was a death stare, and she said, “Now you listen to me…”

And that was the day that Margaret became The Margenator.

It was a nickname that summed up her ability to be tough, shutdown conflict, and basically win at life.

I am no Margenator.  I am mother to a four year old little girl who has the verbal capacity of an intimidating six year old, and a deep affinity for the movie Annie. Jane knows all the dance moves and dialogue. She pretends she has a dog named Sandy who lives under her bed. This is slightly creepy at night when she carries on detailed conversations with Sandy about the other orphans in a similar vein to aggressive union negotiations.

And so it goes.

When we first moved into our current apartment it was perfect. It had a quaint balcony, a fireplace, and a view of trees and the pool. The only downside was the elderly woman living downstairs.

Every week she complained to management about the club footed child who lived upstairs. At the time Jane spent five days a week at school, and every other weekend with her father. Clearly the gross-total-time of clubfoot activity was minimal at best, not to mention that Jane weighed less than 25 pounds at the time. Nevertheless, whether Jane was home or not, the complaints continued.

After several calls from the apartment manager (who was apologetic and trying to be diplomatic in a situation that had all the explosive potential of the Yalta conference), I decided to talk to the lady downstairs.

We watched Annie twice, donned our bathing suits, and on our way to the pool we pecked on her door. She opened it, gazed down at Jane, and rolled her eyes. It wasn’t a casual eye roll. It was a disgusted I-smell-rotten-eggs eye roll.

Initially, I intended to be polite. But that all fell by the wayside with the eye-roll felt round the globe. The spirit of the Margenator come upon me. My eyes dilated into two small pin points. I crooked my finger in the air, gave her a death stare, and said, “Now you listen to me…”

I can’t tell you what words followed. I was too angry and I don’t remember. But I do know that the old lady never complained about Jane again.

Afterwards Jane and I went to the pool.

“Mommy?” Jane asked as she paddled around.

“That was a mean lady!” she stated, pounding the water with her little fist for emphasis.

Jane wrapped her arms around my neck and spoke directly into my face with breath that smelled like stale Goldfish crackers. And then she gave me my nickname.

“I love you, Miss Hannigan.”

And although pregnancy, postpartum depression, nights of pacing the floor with a colicky baby, and a divorce that propelled me into single-motherhood had, no doubt, made me feel like a real mother, earning a mom nickname somehow made things official.

It may not be as cool as The Margenator.

It may not allude to a mythical woman with snakes for hair.

But in Jane’s toddler mind Miss Hannigan takes care of business, and so does her mother.

It’s the pinnacle of my maternal journey to date.

I’m sure one day I’ll be propped up in a nursing home, wearing a cheap lightning bolt TCB necklace. And I hope Jane visits me, kisses me on the forehead and says, “I’ll see you tomorrow, Miss Hannigan.”

They might think that’s a pretty rough nickname for an old mom.

But I will love it.

There is a great childhood comfort in knowing that your mother can slay the dragons that might scare you.

And there’s great joy in being a mother who’s able to, even if the dragons are small ones who live downstairs and sport blue hair.

12 thoughts on “Listen To Your Mother: The Nickname”