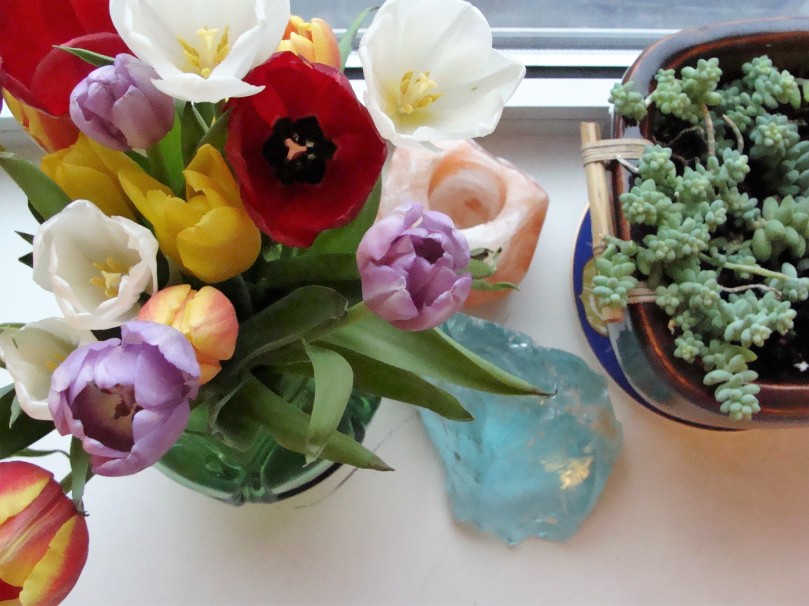 *Before I get into this story only fully cultivated because my love of Harry Potter has made me especially astute to any bizarre person within 100 feet of me (because you know, they could be a wizard), I want to say thank you. Thank you ladies for your kind words and comments on my last post. It meant a lot, a very lot, to me. I love you all and appreciate your support always. Now onward with my newest weird story…

Purgatory is a bus stop in Queens.

However, there’s one thing Queens has over P-town.

Entertainment. Loads of it.

On the one hand, you wait. And you wait. Sometimes a bus doesn’t come by for thirty minutes. You fantasize about vacationing in Hawaii as the winds whip between the buildings. You contemplate the sheer number of varicose veins you’ll accumulate over time with all the bus-waiting and concrete-standing. Then you try to cheer yourself up by thinking about all the cool connect-the-vein pictures you’ll one day be able to trace on your thighs with said varicose veins. But that brings a tear to your eye. Or maybe it’s the gusting winds.

Other times you chase your bus down the street, trying to breath, wondering when you got so out of shape. You’re usually cursing the driver inside your head because don’t they look in their rear view mirrors and ever take pity on those of us racing our little hearts out? (The answer to that is a resounding NO.)

As you’re racing you pray for a red light to catch them. Sometimes you win and the light turns and you run right up to the doors and beat on them and the bus driver rolls their eyes, but they let you on anyway. And YOU WIN. Because life every day in this city is a war of some kind.

But while you’re waiting, you’re entertained. This type of waiting takes on a whole new form of people watching. Yesterday was my zenith.

I was minding my business and listening to some Old Crow Medicine Show (gosh those banjos help me with my homesickness). There was a group of us waiting. Some people were playing games on their phones. One woman looked like she was mediating. Everyone with ear buds in. And that’s when a woman charged up to the stop, straight out of a Harry Potter book. Long crimson cape. Close cropped pixie cut sticking out every which way. Walking cane. A thin layer of hair over her upper lip. Giant round glasses that made her eyes triple their normal size.

She walked right up to me, with purpose and yelled in my face, “HOW LONG HAVE YOU BEEN WAITING HERE.”

I momentarily pondered whether I should play deaf, or stare silently at the sky, but in the end I decided she looked capable of biting, so I answered, “About ten minutes.”

“AND YOU, HOW LONG HAVE YOUUUUUUU BEEN HERE,” she scream/yelled at the man standing next to me.

The man and I momentarily locked eyes in a “I know we’re not supposed to be shocked or alarmed cause we’re New Yorkers, but this woman is super bizarrro” moment.

“Fifteen minutes,” he muttered at her.

“RIDICULOUS!” she yelled, and flapped her crimson cape behind her as she began to pace back and forth. Minutes ticked by and she worked up quite a sweat as she muttered to herself about various things: corn on the cob, fire escapes, Trump, what moths taste like.

Everyone backed away from her until she had her very own long pacing space, complete with a captive audience.

“WE SHOULD TAKE  A STAND,” she yelled at us as the bus began to approach.

I decided that I was going to keep my mouth shut and try to sit as far away from her. I like a good weirdo as much as the next person,  but frankly, anyone who contemplates the taste of moths is way too Hannibal “it puts the lotion on its skin” for me.

The bus opened its doors and she charged aboard.

“WHAT IS WRONG WITH YOU?” she yelled at the driver.

We each slipped behind her quietly and found our seats, heads down. Because if you never learn anything else about this city, especially Queens, it’s don’t piss off the bus drivers. They are road hard drivers who will slam on the breaks and smirk as your body goes flying. They sit in bullet proof glass enclosures and assaulting them is a felony (as the automated bus messages remind you of often, indicating that this is a problem… apparently). Short of James Bond or my sister when you eat her hidden chocolate supply, these are the last people you want to mess with.

“WHY CAN’T YOU STAY ON SCHEDULE,” the woman yelled (but at this point I’d named her Madame Harriet, because she looked like Madame Hooch’s older crazier sister, non-Harry-Potter fans need not apply to that reference).

The driver laughed, “Lady, if you want transportation at your beck and call I suggest you hire yourself a driver.”

“I PAY GOOD MONEY FOR PUBLIC TRANSPORTATION,” she continued to yell, and it was impossible to not be impressed by the sheer decibel level coming out of her tiny body at all times.

“Get yourself a limo driver! And if you don’t like it get off my bus!” the driver yelled back.

Madame Harriet took a deep, huge breath, and her magnified bug eyes rolled. She pursed her lips, a sheen of sweat now layering her thin mustache, and she flapped her cape dramatically as she marched to a seat. Right in front of me.

She sat down with a flounce and angled her body in my direction.

“This entire bus system of a travesty of the highest order. We should do something about it. Now!” she hiss/whispered.

Her breath smelled like old fried chicken grease, and her eyes were super intense, and I had yet another “why do the crazies like me so much moment.” I also seriously worried that her “we should do something about it now” statement meant attacking the driver with our purses or something. And then I did what I considered doing before. I fixed my eyes on the ceiling. I stopped blinking. I never responded. I just stared, and channeled my very best Rain Man impression.

“No one has any conviction anymore,” she hissed, turning back toward the front of the bus.

I got off at the earliest stop I could walk from, because I had serious worries about what her level of conviction might be. Plus, that whole moth eating thing freaked me totally and completely out.

So, thanks New York. Thanks Queens. Thanks bus stops and public transportation. There is no such thing as an uneventful day anymore.

And thank you, Madame Harriet, for not unleashing your convictions and predilection for bug eating in my presence.